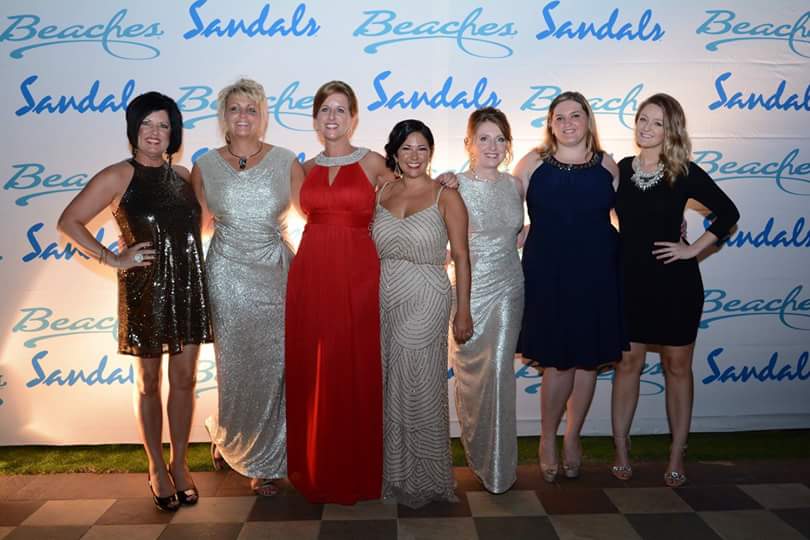 K & S Travel has been in business in Fort Wayne, Indiana since March of 2001, however in the industry for 27 years.  We specialize in leisure,destination wedding groups and honeymoons, as well as individual or group travel to Caribbean & Mexico.  Our new location is 4935 Hillegas Rd in Ft. Wayne, inside Coyote Creek Golf Club!  Office hours by appointment 7 days a week!

If you want your vacation to be full of fun and memories or if you are a business trying to get a handle on your travel expenses, we can help. 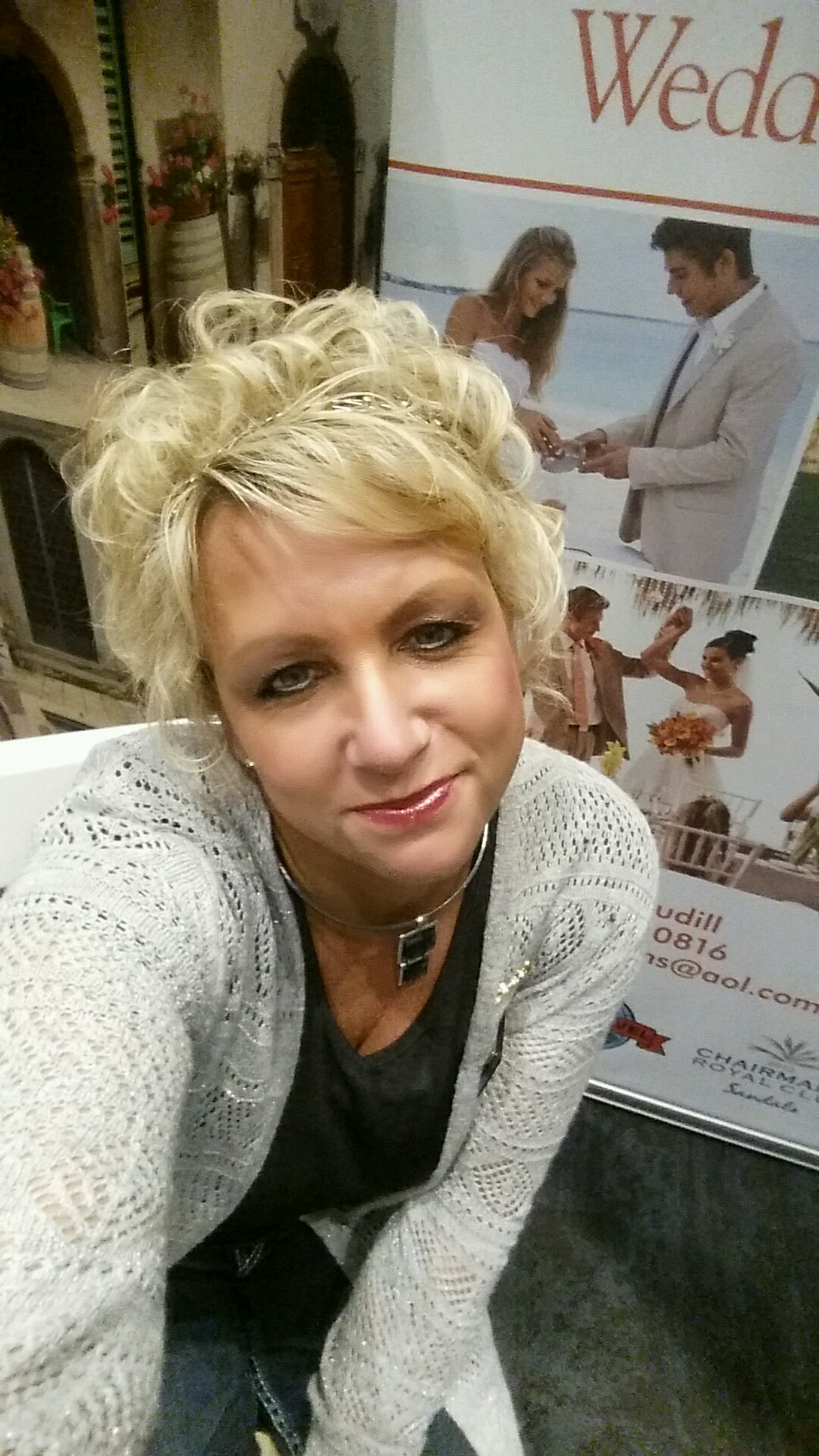 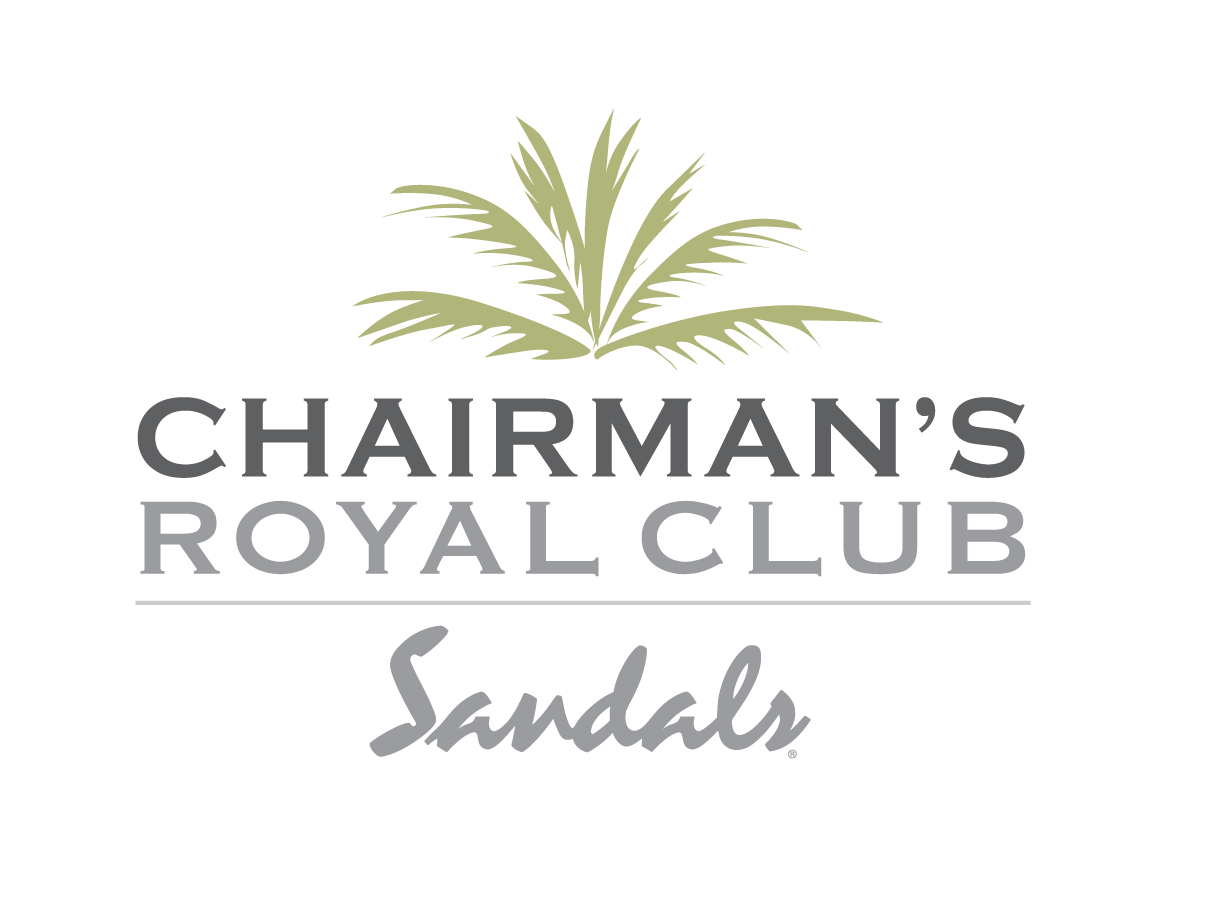 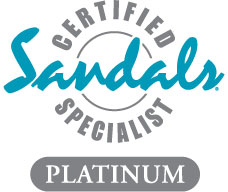 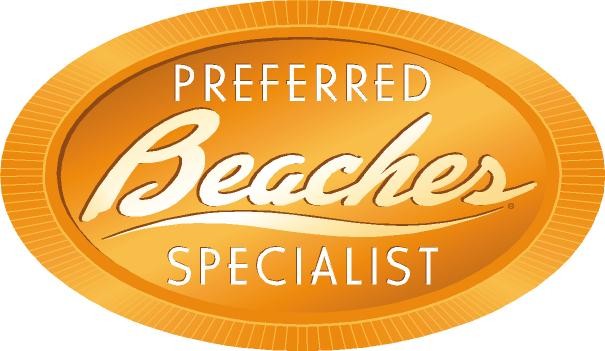 Kim Caudilll started K & S Travel as a home based business to allow work from home with her, at the time, newborn son.  She now has two boys ages 15 and 13. Kim splits her time between the office location and her home office. She has been selling travel for over 27 years and makes herself available for evening and weekend appointments to accomodate your busy schedule.

Kim continues to excel in travel and keeps herself current on the travel requirements and laws.  She attends frequent travel product seminars, tradeshows, and destination conferences to be as informed as possible.

Kim holds Specialist Certificates for Marriott Hotels, Walt Disney, Las Vegas and is Northeast Indiana's (Ft. Wayne) Preferred Sandals & Beaches Specialist with Certified Platinum Status.  Kim graduated from Tri-State University, Magna Cum Laude, with a BS in Business Administration.  She was awarded the Nexion Circle of Excellence Award in 2007-2017 for top travel sales, this award was given to a select number of agents in a group of 2,400 eligible agents.  Kim most recently received the Travel Agent Academy's Honeymoon & Destination Wedding Specialist Certificate.  In 2010, Kim took the CTA exam and passed with a near perfect score of 96% and is now a Certified Travel Agent from the Travel Institute.

Her experience and travel knowledge will ensure that you have the vacation of a lifetime.  She specializes in Caribbean destination weddings and honeymoons. Kim can give you an informed recommendation on a destination, sites to see, lodging, and more.

Kim has travel to all the Sandals & Beaches Resorts and many other resorts and keeps visting several each year to keep current on the improvements and changes to the resorts!

From Jamaica to Nassau, Kim accepted the Best of the Best Award at the Sandals Royal Bahamian in 2008....pictured far left with a Canadian agent, Megan Cofield (left) Chairman & Founder of Sandals Resorts Gordon "Butch" Stewart at the pre awards cocktail party. 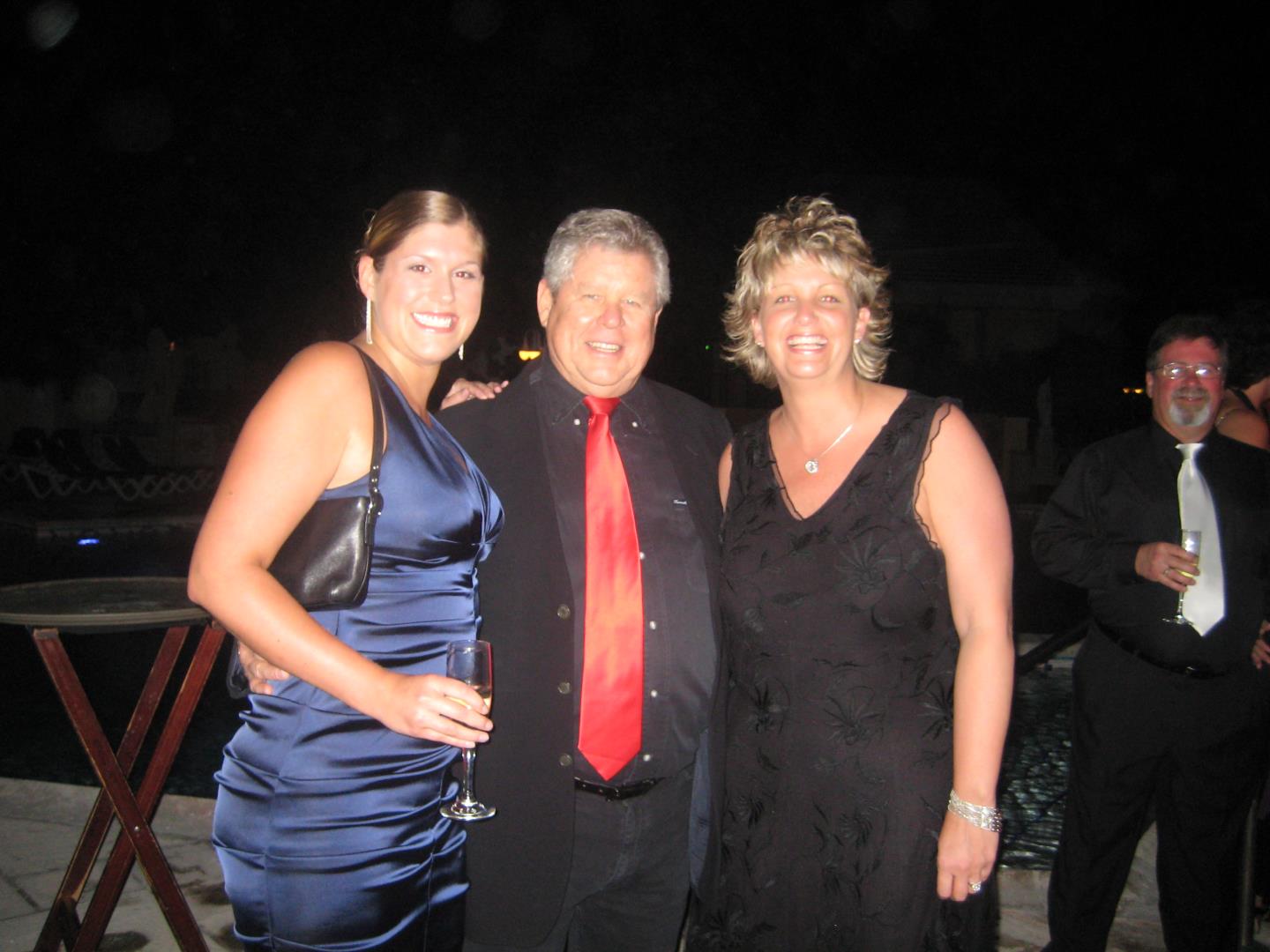 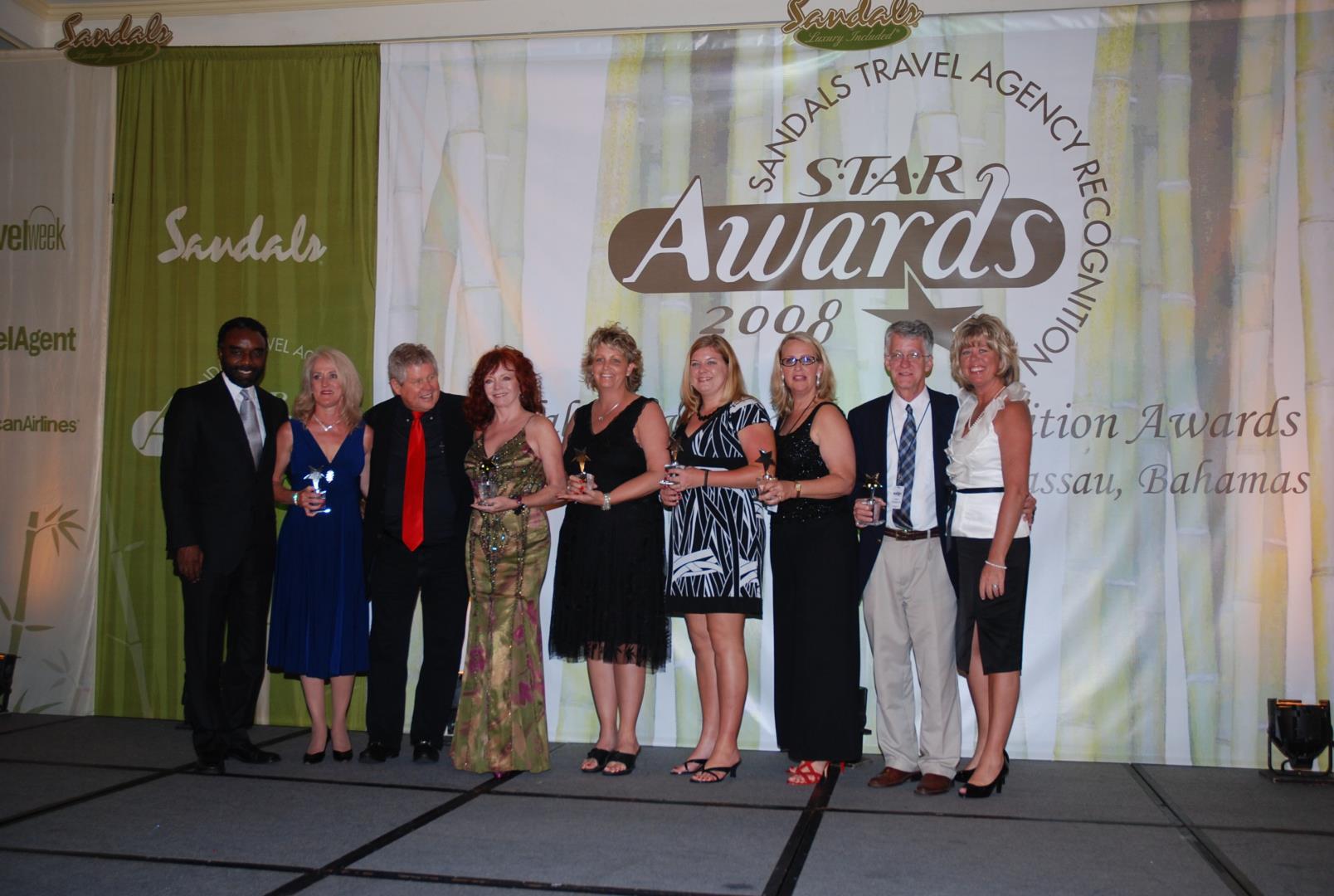 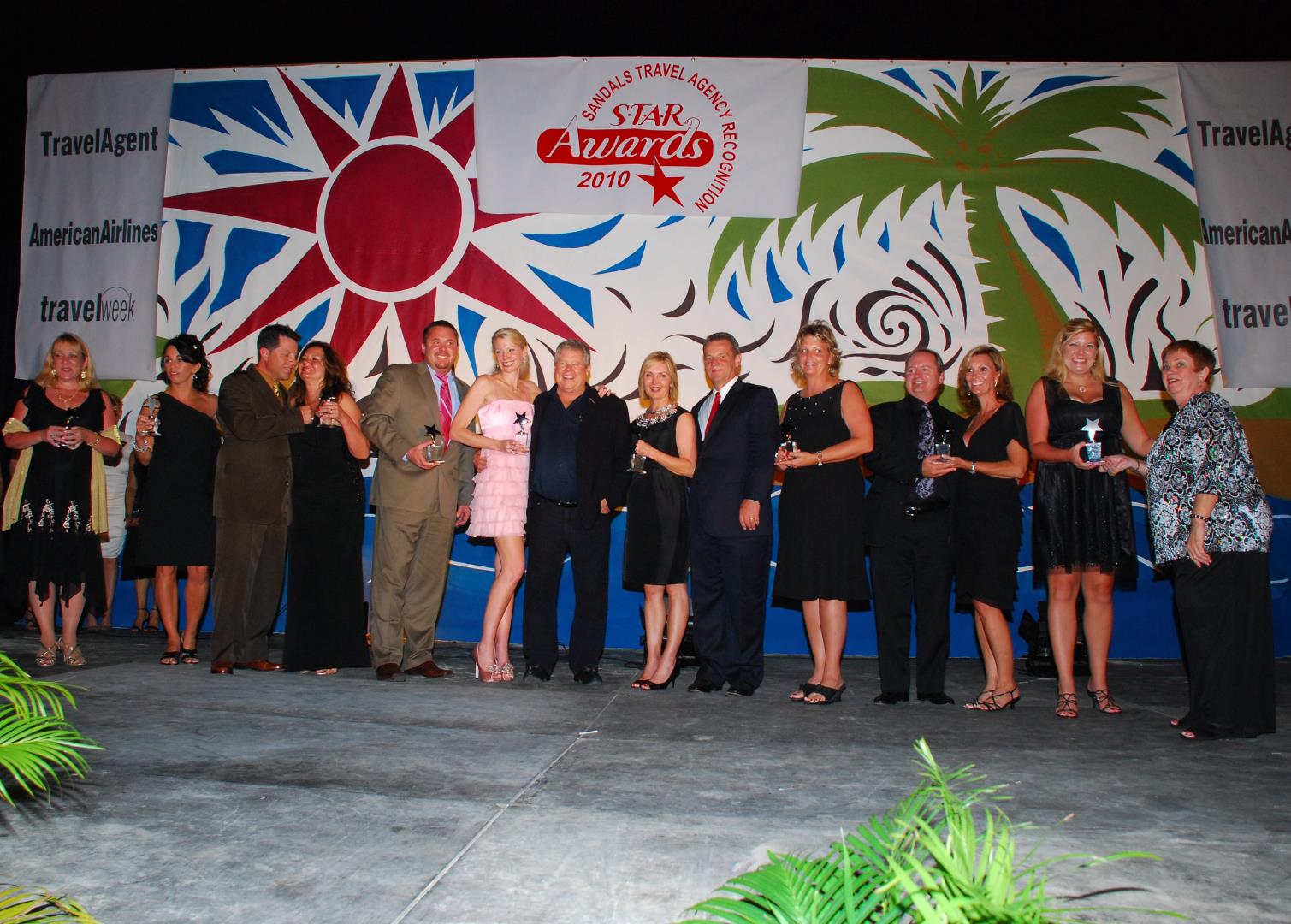 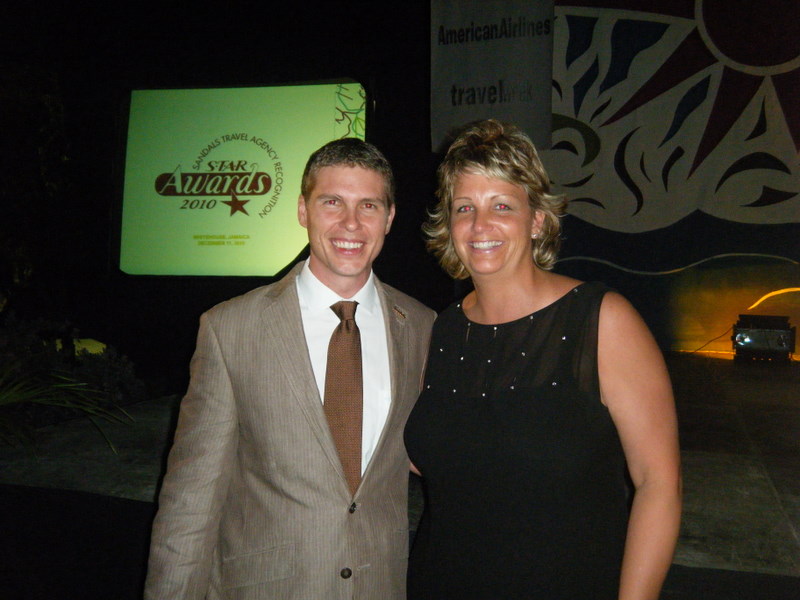 In the center, Kim also accepted the award for Top Butler Suite Agency for 2017 and the nomination for Top 10 Travel Agency and Top Concierge Suite Agency.

In the center, Kim accepts the 2010 Sandals STAR Award for Top 10 Agency World Wide and Best of the Best in 2010.  The STAR Awards took place at the beautiful Sandals Whitehouse in Jamaica!

Picture Far Right: Sandals CEO, Adam Stewart and Best of the Best Agent, Kim Caudill, at the Sandals Whitehouse in beautiful Jamaica. Kim was attending the 2010 STAR Awards receiving numerous nominations and walking away with Top Ten Agency Worldwide and Best of the Best Honors.

In 2009, Kim returned from Santa Ana, CA and the Nexion Annual conference.  She toured the Carnival Splendour that was in port in Long Beach at the time.  Before the years end, she will travel to Turks and Caicos, Nassau, Antigua and Cancun to offer more expertise and first hand views of new resorts! The 2011 conference was in funfille New Orleans!